Atop the beautiful and scenic hills of Carmen, about an hour’s drive away from Cebu City, an adventure beckons for those who are ready to escape into something new and wonderful. Here is how it all started…

The safari was born out of the passion of the owner, Michel J. Lhuillier, to become a farmer. Albeit discouraged by his father to become one because of the financial pressures, the strong siren call of the land paved the way into meeting one of the country’s most successful farm and liquor moguls, Danding Cojuanco, who is a catalyst in the realization that there is really a huge opportunity in farming. Mr. Lhuillier or Senyorito/nyorito (as he is fondly called by the people around him), saved enough money to buy land and started planting fruit bearing trees around his property.

Passion brought it to Carmen

Carmen, a quaint little municipality about an hour away from the hustle of Cebu City, became one of Senyorito’s targets for expansion. There he met the then mayor of the town, Mayor Benyong Villamor, who shared his passion for everything nature. There they struggled to the line the property with trees like Gemelina and Mahogany. The tandem divided to split the building of access road to make their visits a whole lot easier, and that made it more convenient for them to plant more trees by the thousands. The then very affordable price tag square meter land in the municipality became an instrument in growing the property from what originally was 600 hectares to the now 2,000 hectares property extending to three barangays and ten barrios.

“It all started with horses…” Senyorito Michel fondly recalls. “I had horses back then in Carmen but I had no idea how to take care of them. I thought that when you have horses, putting a horseshoe on them is the only thing that you needed to do to take care of them.” Not until he met fellow business visionary and horse enthusiast, Eduard J. Loop, that he learned the intricacies of keeping them. Eduard became the catalyst and the driving force that opened successful ancillary businesses to support the passion of Mr. Lhuillier, He opened the poultry farm that is now the primary supplier of poultry meats to one of the biggest chicken brands in the country, and the ice plant that was originally intended to support the poultry production. This gave Senyorito the time to focus more on his passion for farming, and that includes taking care of his 30-year old orchid collection.

It was when they had the chance to visit the famed San Diego Zoo that gave them the solution and idea on what to do with the surplus land. The desire to bring in the same level of experience at a fraction of the cost for fellow Cebuanos made them decide to bring in the concept of San Diego Zoo to Cebu, specifically in Carmen. They started bringing in different kinds of animals from all over the world and re-created their natural habitats with the aim of preserving some of the endangered species for generations to come, and educating the visitors about the living and breathing exhibits inside the safari.

Now, Cebu Safari & Adventure Park is a 170-hectare property that features more than a thousand animals from 120 different species. It features a first in the country vehicle tour inside an African Savannah, and a flora walking trail that showcases 1 million different variations of orchids. Future plans include; bringing the arctic regions to the country with penguins and other winter animals, a 60-room family style hotel for those who would like to spend extended days inside the safari and finally seven (7) adventure park rides that will need physical stamina to endure. 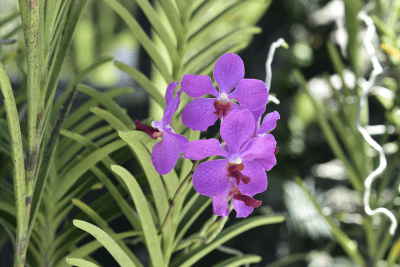